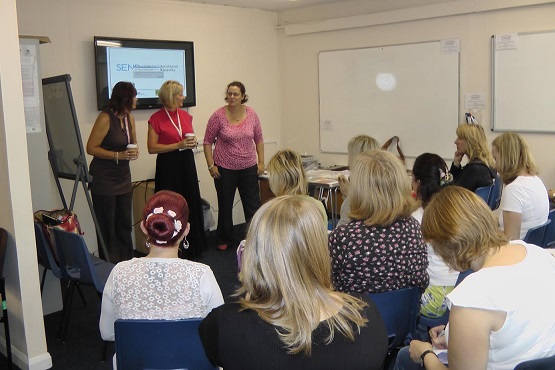 Playskill Watford is funded by the Big Lottery through the Reaching Communities grant from 2011-2015. The existing Watford AM group  was funded and a new PM group was established through the money. It also funds all the training run by Playskill, the Parents breakfasts and the annual trip. As part of the assessment of the project outcomes are set at the planning stage. Each person counted can only be counted once even if they access the work ongoing for many years in some cases. The outcomes are displayed in the table, and we were delighted at the end of year 4 to find that 4 out of 5 outcomes were achieved, with the last being on track for the end of year with a new Hemel Hempstead PM group having been also established to take up the demand for Playskill.

One of the reasons that this has been so successful is that the training run by the training team at both parents breakfasts and evening sessions has been so highly valued by parents and carers. For example in 2014  99% of all parents/ carers surveyed over the year in training replied “yes” to feeling that they had an increased awareness of how to help their child, with 1 % only not being sure. The quality of the training  from both outside and in house speakers has had a major effect on achieving the outcomes displayed [ please see a picture of a training session in  September 2014], and is the reason why in 2013 Playskill came third nationally in the Best Education category in the National Lottery Awards.

In January 2015 Andrea Clarke went to Camelot in Watford on the request of the Big Lottery to inform the staff working there about where the money raised goes to locally. Following the training session for staff Jo Kingsley who organised the session wrote back to us;
“I just want to say a huge thank you to you, for coming into the office to speak to the guys today.
The session was perfect and really engaging.  Everyone was very humbled by you and your team and the work you do.  It has really re-focused the group and made us think about what we really come to work for.
Playskill is an amazing organisation and the work you are doing is phenomenal and long may it continue.”

Playskill is now in the stages of bidding for work for 2016 onwards as its funding comes to an end in 2015 for both Watford and Hemel Hempstead. 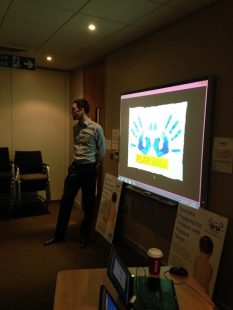 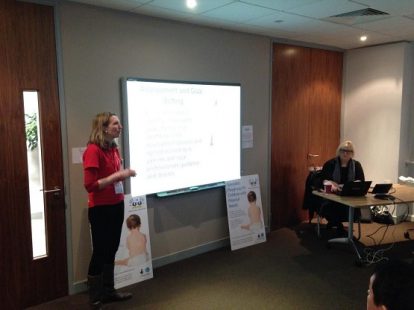