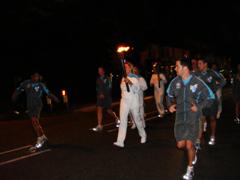 Various members of the team and families from Playskill were up during the early hours of the morning of Thursday 30 August watching the Parolympic relay coming through Herts from Stoke Mandeville.

The relay set off from Stoke Mandeville after the lighting ceremony, where the four National flames were united to create the Paralympic Flame. It then travelled towards the stadium, carried by teams of torchbearers, made up of five inspirational people nominated for demonstrating the Paralympic values of courage, determination, equality and inspiration.

Emma Dewey from the Hemel team was in Berkhampstead watching it come through at 1.30am. It then passed through to Watford where Debbie Hughes, Andrea, Claire Webb, Tanya and families watched it come through in wonderful moments carried by amongst others a young man with a disability. His smile and sense of triumph were wonderful to behold.

A few hours later Juliette was with a crowd in Bushey Heath having a great time there. Her son Rio is pictured here raising money for Playskill doing the sponsored obstacle course at our summer party. Rio has attended Playskill for over 3 years. Juliette was also interviewed on live radio for Three Counties Radio on Thursday 30 August.

We are all watching the Paralympics with great excitement! 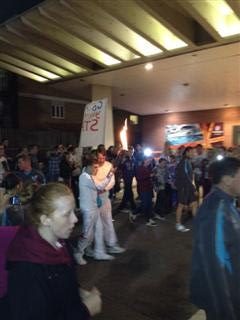 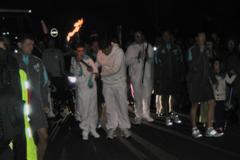 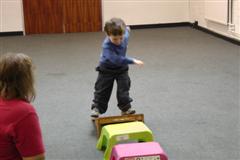 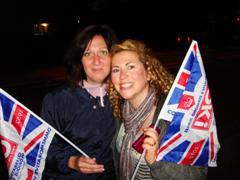 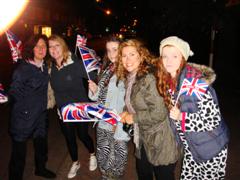