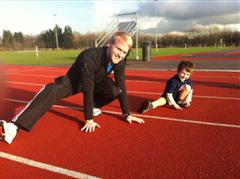 One of the Playskill children and Paralympic fan, Rio Woolf, met with his hero, Paralympic champ Jonnie Peacock, on the track at Lee Valley Athletics Centre during an interview with Channel 4 News to promote Sports Fest – a Paralympic Sports Day in Guildford on 4th December.  Rio’s been desperate to meet Jonnie since he saw him win the T44 100m, and his dream came true!

Rio was so star struck when he first met Jonnie that he was (uncharacteristically!) lost for words, but he was soon showing off his “special leg” to Jonnie and by the end of their training session, Rio was telling Jonnie “I can run faster than you!” and racing him on the track! 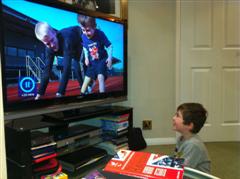 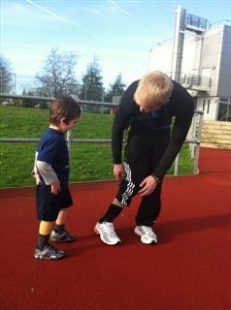 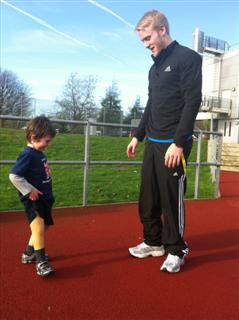 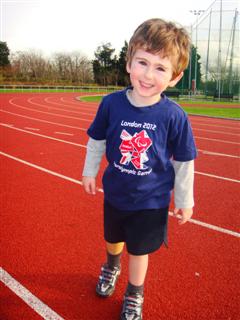 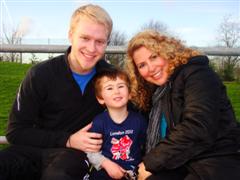 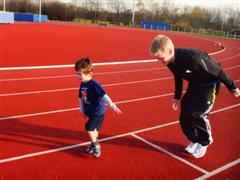 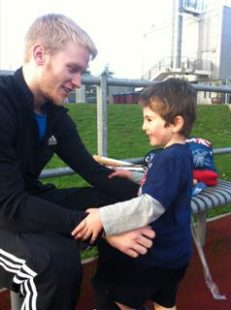 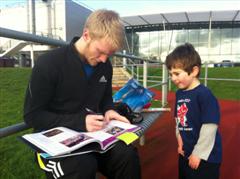