Andrea was stunned to be called by Dorrinda Michie from John Lewis Watford only a week or so ago to say that they wanted to give Playskill a donation of £2424! She said that various teams at John Lewis Watford had raised in total £2424 by having a sale to their staff of discontinued lines and returned stock that they couldn’t sell to customers. They had set up a stall in the staff dining room and sold the items during the lunch breaks over the course of one week. Dorrinda, as Charities and Communities Coordinator, was asked if she could find a small charity that John Lewis Watford had not made a donation to before and to which the money would make a big difference. Watford CVS gave a selection of charities to choose from and staff chose Playskill as they all agreed it was a most worthy cause.
Thank you John Lewis Watford!

Andrea was delighted as she had been planning to do a funding bid to help raise money for our new Parents’ Breakfast support group for parents who have children with physical difficulties. Doing bids can take hours and she is now able to plough that time into furthering new projects and rest assured that we have the money for this work!

We were further delighted by the kindness of Watford Clarendon Rotary who donated £500 to the group from their wonderful Fireworks night at the Fullerians Rugby club on the 5th November. A number of the Playskill children attended the fireworks and thoroughly enjoyed the event and more will be going next year!!!

We have also received the brilliant news that Watford Classic Car Club has decided to donate £250 to Playskill.  Thank you! 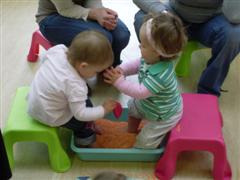 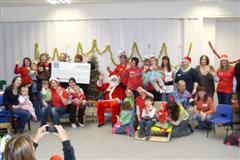